I can’t lie that it wasn’t painful to go through.

“You’ve changed. You no longer let me know what’s happening in your life now,” She said.

I was in the middle of catching my next flight to Taiwan when I got that message. I couldn’t believe she said that. I was more than upset and more disappointed.

We’ve been friends for almost a decade, and for the last three years, our friendship wasn’t really in a good place. Things went down fast when she got married. Every time I tried to reach her out to talk, she’s always busy, and her response is very generic. It’s mostly just “good luck,” “oh, that’s bad.”

Nothing more than that. So when my dad passed away from chronic lung cancer last year, I told her, but she barely said anything. So I stopped. That’s the last straw for me.

I can’t be there all the time for someone who doesn’t even give a damn about my life. But I can’t lie that it wasn’t painful to go through. It took time for me to finally accept that being friends doesn’t mean they should stay forever in our life.

If you’ve been through the same thing, I used these four steps below to get over my rough friendship breakup. And now, a year later, I finally feel like I’ve moved on.

1. Leave Them Alone on Social Media.

The first thing I did was to “mute” their posts so when I’m online, I won’t see their life updates. I’ve been there where I still followed them and checked up on every story they posted; thus, I felt angry again and felt like things should have worked out.

There were “what ifs” scenarios on my head, and I wasted so much time engaging with those thoughts. Yes, I could reach them out again and try to solve the problem, but what’s the point? People don’t change that quickly, and I can’t expect them to. If they don’t value your time and energy in the first place, you’d better find someone else who will.

So leave them alone, don’t try to stalk them or even talk bad about them on social media. It’ll only make you have a bad reputation. Save yourself some time from scrolling back to the past.

2. Accept the Breakup and Get in Touch with the Reality.

“You couldn’t relive your life, skipping the awful parts, without losing what made it worthwhile. You had to accept it as a whole — like the world, or the person you loved.”― Stewart O’Nan, The Odds: A Love Story.

When it comes to a breakup, be it in a relationship or friendship, we always had that little wish, “if only we tried harder, we would have made it work.”

But the reality is, if you both are on the same page and have mutual respect towards each other, then the breakup won’t happen. So keep that in mind that there’s a reason why things didn’t work out in the first place.

I found it hard to let it all go because of how long we’ve known each other. But I also knew that I wouldn’t move forward by having that mindset, and I’d keep being sad. I don’t want that. So accepting it as it is at the moment has been a game-changer in the process.

3. Make a Positive List That You Gained from the Breakup.

You won’t be able to move on completely when you are too focus on your loss too much. You’ll drive yourself crazy.

Instead, make a list of what are the good things you gain from the breakup. Do you feel a heavy pressure just lifted from your shoulder? Do you feel good for standing up for yourself? You showed that you have respect for yourself, and people shouldn’t step in your boundaries.

I always make sure to have some lists when I feel down and feel like my life won’t be as much fun anymore without that one friend. But over time, when I do it enough, I gained more and more good things from the breakup.

It’s easier to see, and life isn’t that bad after all.

4. Be Open to New Friendships.

Lastly, be open to new friendships that might come your way. I know this can be challenging when you are introverted and don’t have many friends. Especially when we are adults, it makes it harder to make friends. Let alone build it into a strong friendship.

But you have no other option but to move forward. There are still many good people who want to be friends with you, trust me. The world is full of genuine and caring people if only you decide to be open about it.

One of the practical things you can do is to join any community based on your interest. I’ve made a few new friends when I was in Vancouver through communities that are available online. So don’t be afraid to put yourself out there and build a new friendship again.

Every relationship takes two people who constantly want to put in the effort to make it work.

If you are the one who always cares, always finds ways to catch up with them, or always be the one who’s there in bad times, then they aren’t the type of people you should surround yourself with.

It’s toxic, and you will get your energy drained in the long run.

“Friendship is not about whom you know the longest. It is about who came and never left.” — Paulo Coelho. 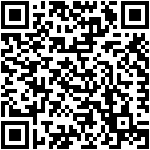