Since May 2020 and the on-the-camera murder of George Floyd, most of my white friends and colleagues have been weird. They know that I have become quite vocal in denouncing racism in all its insidious forms, and it seems to scare them.

Almost all my friends haven’t had the courage to openly speak about racism. I sense discomfort and awkwardness between us. It’s as if they don’t know what to say to me, or maybe they are afraid that they will not say the right thing. Either way, this reluctance to engage got me thinking about what they could say or do that would make them really good friends during these emotionally challenging times.

Ask me how I am feeling. Lately, almost every single day in America, someone that looks like me or my brother, or my son or uncle gets killed by police. I might not live in the US, but the people that are being killed resemble me and the people I love. Their features are familiar. When I watched George Floyd die, I was crying profusely, begging that cop to get off his neck. I couldn’t believe what was happening.

I am not the only black person in the world that felt that way. We were many. If my white friends had simply asked how I was doing, I would have told them how much Floyd’s death and the ongoing killing of other black people deeply affect me.

As a white person, you must have the courage to ask the question. If I don’t want to talk about it, I would simply say so. But don’t carry on with business as usual — or just ignore the topic because it makes you uncomfortable. If you truly care about our friendship, you would genuinely want to know if I’m okay.

2. When I Tell You About A Racist Incident, Believe Me

Whenever I experience racism, I always analyze the situation extensively before ever accusing someone of being racist. Sometimes I’ll even go so far as to self-gaslight and convince myself that there was no racism involved in a given situation. Sometimes, however, the racism is so blatant i.e. racial insults, the older lady who clutches her bag when I cross her on the street, that I have to accept the fact that there is racism.

Weirdly enough, I sometimes even feel ashamed when racism happens to me. Don’t ask me why, I can’t explain. All I know is that I have a feeling of shame — as if it is my fault that racism happened to me. I don’t know why I feel this way.

Most often, I won’t even relate the racist experience to others. In the few times that I do, I don’t want my white friends to start questioning my experience or embark on a Sherlock Holmes investigation to expose at what point to the millisecond, racism occurred. I just want them to listen and believe me like I would if they went through something similar.

Today, you have no excuse to not know how racial power dynamics work in the world. At the tip of your fingertips, one Google search away, you can learn about white supremacy. You can better understand how racism was created to maintain social, political, and economic dominance over black and brown people. If the ice cream makers Ben&Jerry’s know that, you should too, no excuses.

If our friendship truly means something to you, take the time to learn about why I might have fewer job opportunities than you do, about why diversity, equity, and inclusion are important to me, or about how I feel being in a room with only white colleagues. You cannot become me, but at least try to understand how it feels to be me.

4. Help Other Black And Brown People

I can’t be your only black friend. You must engage and create relationships with other black and brown people. If you can’t, find opportunities to volunteer with organizations that work in these communities.

If that’s too much work, find a black or brown person to coach or mentor. Go into the mentoring relationship expecting it to be a two-way street. Do not be condescending or act superior, you too have a lot to gain from this experience. In this research paper, the authors speak about the strong benefits of mentoring minorities from underrepresented communities. Go ahead and do it, invest some time in helping others.

Become a strong advocate in the fight against racism. If you want to show me how committed you are, you can even become an antiracist. Let us have discussions about white privilege, white supremacy, systemic racism, colonialism, segregation, police brutality, and other topics that may make others feel uncomfortable.

Use your platforms to promote antiracism and engage in discussions that work to dismantle racism. Show me that you care beyond the “I’m sorry that this is happening” comment. Show me that you are in this struggle and that you will fight alongside me for my rights and for the rights of so many other black and brown people to live in peace and dignity.

A lot of what I ask is not unattainable, it’s basically how you would want to be treated if you were a minority. In the wake of George Floyd’s death, many of my black friends discovered that some of their white friends were in fact racists. Maybe not full-blown card-holding members of the Klan, but people that would say have a problem if their brother or sister married a black or brown person. Under the guise of humor, some openly promoted negative stereotypes about black and brown people.

Think of it this way, you can’t be a little pregnant, you are pregnant. The same goes for racism, you can’t be a little racist, you are racist. So, in these strange times where people’s racism sometimes lurks in the most improbable places, it is important for me to differentiate racists from non-racists whereby my friends are concerned. The ones that can do the five things that I have shared in this essay are clearly my ride-or-die friends. I am convinced our bond will continue to grow.

Thank you for reading my perspective. 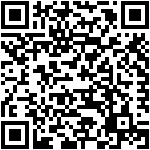