But, it was still too late to save my marriage

Even though he ruled my every move for months, I only met my Dom one time in the flesh. We never slept together. Instead, he begged that we run away together. When I refused, we began my own initiation as a Domme. While it is not a title I now use, my months under his tutelage transformed how I see the world and all relationships.

At the time, I was recently separated, working so hard to keep my shit together, to be the bigger person, to avoid freaking out in 1,001 different ways while unraveling a home and family. He was an ultra orthodox man drowning in the limitless temptation of Tinder. He used fake pics and said he was recently divorced, when in truth he was married and the father of a young and growing family.

A hotel manager by profession, he appeared nothing like what you might imagine a Dom to be, short, pudgy and somewhat disheveled. Though a man in an expressly patriarchal culture, he felt ignored most of all by his wife, who no doubt “wore the pants in his home.” (An ironic expression, as their family was governed by norms of dress that prohibited her from actually wearing pants…).

I’ve written elsewhere about the darker dimensions of our love. In this article, I want to tell its redeeming elements. Though based on lies, my time with my Dom changed me for the better.

How it All Began

When we initially matched, I was not looking for a Dom and he did not advertise himself as such. We both claimed to be looking for a casual relationship. But, during our first phone sex session he said, “You’re mine, do you understand?!,” and something deep in me melted. I agreed, almost without hesitation. Then, I had one of the most intense orgasms of my life.

Now that I hold the Domme role with my disciples, in retrospect, I can see that woman who was putty in his hands clearly. She was so scared.

A feminist and controlling by nature, I couldn’t fathom the waves of relief that washed over me as I submitted to him, but they were there in me, just below the surface, intermingled with my heartache and tears. His supple voice, combined with his calm certainty, felt to me like safety.

Though meeting in person was initially important to me (and now something I insist on, to ward off liars), with Benny I let it go. I wanted desperately to feel him, to have him hold me in his arms after I had ripped myself open so completely in response to his commands, but we were becoming something else entirely. Instead of dating, he became my air.

He woke me with his messages each morning and put me to sleep with his sweet, sensual words every night. When I moved out and about in the world, he would give me instructions for how to be and ways to report back to him that would turn him on. I was careful never to be too far from my phone, in case he wanted me, and often stole moments in the middle of a day of work or mothering, to send him photos or touch myself at his command.

Relationships like the one I shared with Benny were documented in the opening episode of the 2016 Showtime series “Dark Web” about couples who use the internet to find one another and use smart technology to engage in a kind of kink that is total, and wholly domestic.

In a conventional relationship, these dynamics of control shared between Benny and I are telltale signs of abuse, but in the context of consensual kink, they betray the deep dark needs so many of us feel.

I was a woman exiting a co-dependent relationship that I had been in since I was seventeen. He was a man who was aching to feel powerful and needed. We found one another in our brokenness.

In my marriage, the weightiest of the shackles I wore was that of “homemaker.” I felt like a slave in my home, constantly cleaning up after the absent-minded others with whom I lived, adult and children alike. I felt unseen and unappreciated.

He demanded. He witnessed. He wanted. He praised. He rewarded. He orgasmed, and so did I.

The tasks were the same. Wiping down a grimy counter. Pureeing vegetable soup. Shopping at the grocery store. It was his gaze that made all of the difference. I was no longer invisible. I was deeply seen. And desired.

Dominance, Submission and the Tasks of Normal Life

Since my time with Benny, I have worked with men who beg for pain or to be metaphorically brought to their knees, especially those who have combat experience, but I have steered clear of relationships that make use of humiliation or the kinds of aggression that can leave bruises. Instead, I prefer this mode of domestic dominance.

Unlike my relationship with Benny, my marriage was egalitarian from the first. Though, like most women, I bore the sole brunt of the invisible workload of homemaking, both physical and emotional (source), in named tasks, we were equal — equal breadwinners and equal caregivers to our children.

As I unraveled that life and settled instead into a relationship with a man whom I willfully allowed to control my every move, I started to see my egalitarian marriage differently. As “equals,” there was so much less praise and so much less gratitude. More than that, there was less witnessing and so much more taking for granted.

Today, I enjoy a warm friendship with my ex, and I take on subs from time to time. With these twin lenses, I’ve come to believe that this kind of domestic kink could have saved our marriage, and admit that it bears some similarities to what traditionalists call “conventional gender roles.”

When choosing to get married a lifetime ago, I was able to name that the sum of my ex plus me, divided by two, equaled one man and one woman. However, as far as gender roles go, I was far more the “man” in that mix than he was. I know what I want in any given moment. He is soft and nurturing.

The difference between domestic kink and traditional gender roles comes down to objectification. In patriarchal culture, men are subject, masters of their domain, and women objects to be owned.¹ As a sub, I was certainly Benny’s. But, I was not his possession. If anything, I was perhaps his ward. Or his pet. As his sub, my needs were his primary concern, his satisfaction, mine.

The surprising beauty of my time with Benny was that in the end, he trained me as a Domme. It came about in the most surprising and tender of ways, it’s context professional, not sexual. In holding me over all those months, he had come to know my power; he had met my strength from within my vulnerability. He believed in me, in my intrinsic worthiness, and wanted me to have everything I had ever wanted. Teaching me to Domme was the natural next step for us.

By contrast, in my marriage, there were no givers and no receivers. No one had agency and no one was deeply held. At first, we were equals. Then roommates. Then prisoners in the same cell.

Now, when I look to the future and the relationships I seek in my life, I find myself drawn to a mixed metaphor of masters and servants. I imagine myself on my knees, slave to a man I crown as my king, relishing his power, wanting his every pleasure. But in my fantasies he, my king, wants the very same of me. I am for him queen resplendent, overwhelming in my radiance, such that he can’t help but bow before me. He too, like me, wants my ease and my pleasure, wants to hold and protect me. I see our service of one another as a dance of giving and receiving, of subjugation and dominance, of mutual desire and mutual fulfillment.

This story was inspired by Ena Dahl’s excellent piece on keeping kink dynamics alive in long-term relationships. I recommend it, even if you’re still growing into your kink. 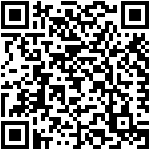