My OBGYN surprised me with her response in the operating room

I have had varying experiences with hormonal birth control methods. I used the pill four and a half years ago until I discovered that I had become depressed. I stopped using it, and my husband and I just used natural methods for the next three years.

I then tried a hormonal IUD, which caused such excruciating cramps every night that I had it removed after about three weeks.

Next up was the arm implant, Nexplanon. I used this method for six months before again discovering that I was much more depressed and my libido was significantly lower. I had the implant removed just a few days ago.

When I went into the doctor’s office to have the implant removed, the appointment had been scheduled with a doctor I was not familiar with. This was a nonissue to me, as I was just trying to get it removed as soon as possible and knew that any OBGYN doctor could take it out.

When she entered the room, she confirmed that I wanted the implant removed and asked why. “Significant depression,” I told her, “and mood swings. It’s just not worth the convenience anymore.”

She told me she understood and asked what my plan was for birth control moving forward.

I told her that my husband and I had done natural methods for the last few years with no issues and would just be returning to this system. She seemed surprised.

She talked to me about the non-hormonal IUD made of copper, offering that as a solution when I told her I wanted to steer clear of hormonal methods for a while. I informed her of my bout with the hormonal IUD, stating that if my cramps had been that severe then I knew the copper IUD would feel worse. That was what I had been told by the doctor who had assisted me with the IUD process.

She relented, realizing that she couldn’t convince me to try another doctor-assisted method. But before she started the procedure, she made a passing remark about using condoms.

“We all know how well that works.”

I was surprised at her cynicism and informed her that my husband was perfectly content using condoms if necessary. That it was he who had pointed out my depression and encouraged me to remove the Nexplanon from my arm because it was making me feel less like myself.

She again seemed surprised, but in a way where she was determined not to show it. At least not too much.

My doctor’s response to the idea of using condoms surprised me because while the use of condoms ultimately relies on the action being taken by the male involved, it is still a valid method of birth control.

Her remark showcased an underlying belief:

Men can’t be trusted to take responsibility for safe sex.

It was as if she thought I was living in a fantasy land by defending the use of condoms based on my lived experience. It was clear to me that she likely did not have the same experience with men in her life, and had possibly been taken advantage of in the past by a man refusing to wear a condom.

Her life experiences, and possibly those of other female patients, had convinced her that birth control cannot be effectively managed by the man involved.

Considering that the only medicinal birth control methods on the market affect women and none affect men, she has a right to scoff.

But, the scoffing reveals a deeper issue. She was actually scoffing at the idea of men being responsible during sex as if they were completely incapable of such a tall order.

Again, her cynicism was warranted to a degree. Obviously, there is a massive amount of information now available to demonstrate the fact that if women don’t take measures to protect themselves, they cannot always count on their sexual partner to do as much.

But, this attitude that men cannot or should not be trusted to take responsibility for pregnancy prevention during sex is ultimately a step backward for feminism.

Condoms are given an 85% rate of effectiveness at preventing pregnancy but would be 98% effective if used correctly during every sexual interaction according to Planned Parenthood.

An 85% effectiveness rate doesn’t stack well against a 99% rate of effectiveness for methods like the arm implant. And of course, there is only one other birth control method for which men play the most important part: withdrawal.

Withdrawal just has a 78% effectiveness rate for preventing pregnancy. Again, this low percentage compares poorly with hormonal contraceptives for women like the pill or the implant.

These rates for condom and withdrawal effectiveness rest largely upon personal responsibility on the part of the male partner during sex. For these methods to work, men have to not only be properly educated on how to use them but have to also exercise agency and responsibility in the heat of a sexual encounter.

Historically, because cis-gendered men’s bodies have evolved to pay much lower prices for sex than cis-gendered women’s bodies (women carry a baby for nine months, some die in childbirth, etc.), men have been more sexually advantageous than women.

Men evolved to be more sexually adventurous because this would allow them to pass on more of their genes and produce more offspring.

The advent of the birth control pill was the long-awaited response to such sexual behaviors.

Women could suddenly go to school, become employed, and climb the professional ladder without worrying about unwanted pregnancies. It changed the game in terms of women’s advancement.

But, since the advent of the pill and other hormonal birth control methods, few developments in the realm of male responsibility seem to have taken place.

In fact, with so many methods available to women to alter our hormones to prevent pregnancy, men are effectually off the hook. Condoms sound old and outdated, and women who trust their partners to use them correctly are simply naïve.

It is dangerous to presume that women should consistently be the ones to prevent pregnancy when the primary methods for such prevention alter our very identities.Dr. Sarah E. Hill discusses as much in her TED talk, as well as in her book This Is Your Brain on Birth Control: The Surprising Science of Women, Hormones, and the Law of Unintended Consequences.

Our sex hormones determine far more than libido and pregnancy. Being that we have hormone receptors all over our body and brain and that our sex hormones are the main directors of the show, we are deeply impacted by the behavior of our sex hormones.

For example, the Nexplanon implant has high levels of progesterone in it to prevent pregnancy. Progesterone is one of cis-gendered women’s two primary sex hormones and is referred to by Dr. Hill as the “mom-jeans, Earth Mother hormone” in her book. This means that this hormone tells our brains that we should take care of ourselves because our bodies are preparing for pregnancy.

When progesterone is really high, it throws off more than just our ability to get pregnant.

When our progesterone is high, it also affects our moods and stress response and we effectually lose touch with our emotional center. This can lead to overreactions at small slights because we’ve lost a sense of balance.

As convenient as it is to set it and forget it, hormonal birth control takes a toll on our sense of self.

While I can make no prediction as to whether or not a male hormonal contraceptive will be developed, we are presently stuck with two natural methods in terms of men’s responsibility for safe sex.

Instead of writing these off as useless and resigning ourselves to changing our hormonal makeup, there should instead be a movement to empower and encourage men to take up responsibility for safe sex.

Right now, women are seeking to outsmart men and ultimately protect themselves against their presumably self-serving actions. These reasons are not bad and have been great motivators to develop so many forms of birth control. And this reasoning makes sense in light of the patriarchal society we live in; women have had to protect themselves from sexual aggression for millions of years, and we are seeing the scientific fruits of these labors.

My question is this: Is there a place for shifting the narrative to include male responsibility for protection during sex? Or is this just another pointless distraction in the quest for women’s equality?

This is not the “not all men” argument where I would say that not all men are stuck-up and refuse to take responsibility for pregnancy prevention.

But I am saying that I have been lucky to have a responsible partner and that he can’t be the only one.

For feminism to make genuine progress, it needs male allies to help build a better and more equitable world.

In reverse, if we choose to ignore the potential for men to take responsibility for preventing pregnancy with the methods available to them, women will continue to alter their hormones in identity-bending ways for the foreseeable future. That seems unfair to me.

Women carrying this hefty burden alone doesn’t exactly scream “feminism.” It’s placing greater weight on us on top of the other things we carry and face on a daily basis. We have to include men on the road towards equality because if they don’t take responsibility*, we won’t get any closer to a more equitable future.

The future includes all of us, so our solutions for gender equality should do the same.

*I fully understand that men are autonomous human beings who seem to often choose to not discipline themselves when it comes to preventative sexual measures, and I know that empowering and educating them are not one-stop solutions. I know that there are a lot of sexually aggressive men in the world and that patriarchal norms uphold such behaviors. I am merely suggesting that it is in the best interest of feminism to include men in conversations surrounding responsibility for pregnancy prevention, rather than working around them and assuming they lack responsibility. 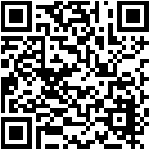