There are two kinds of men who cheat: a good man is in a moment of confusion, and another is to have fun life with cheating.

What kind of men are not easy to cheat?

The general answer is: "If a man does not cheat, one reason is the lack of money, the second reason is that his health does not allow. Many others will say: no matter what kind of men are prone to cheating!"

In the relationship, do not test the humanity of others. If you can't love only one person in your life, at least just love one person each time.

If two people are together, the most important thing is not how strong the novelty of the first meeting is, but how reliable the loyalty is after the two have established a relationship.

Generally speaking, to determine whether a person has the possibility of cheating, we mainly consider the following three points.

1. His evaluation of your interest in aesthetics

There is a footage, a couple shopping to buy clothes, the boy praised the counter attendant figure is very good, politely implied that his girlfriend should strengthen the figure management, change the taste of clothes, at the mentime the boy want to get attendant's phone number.

After hearing this, the girl shrugged off the boy's hand and left without looking back, the boy was puzzled and felt that she was unreasonable.

But at the end of the footage, the attendant said something like, in the eyes of the person who loves, no matter what you look like, he will like. Instead of disliking your taste while complimenting other girls.

Although the footage is slightly exaggerated, but somehow it also shows that a person's subconscious evaluation, perhaps his most real thoughts.

If he always dislikes your taste and feels that your figure is not good, then it is likely that before long, he will throw himself at someone else.

So, if your boyfriend dislikes your figure, interests, aesthetics. Most likely, he will cheat.

2. How is his attitude after a quarrel with you

There is a saying that a quarrel will know whether two people really love each other .

The quarrel between lovers is almost inevitable, but if after the quarrel, he never refused to take the initiative to apologize to you, but also always like to argue with you about the past, then you should beware that he has the possibility of cheating.

Take a step back, if a person is willing to give in after a quarrel, willing to put a low profile to coax you, at least there is that he cares about the relationship, do not want to separate because of a tiny matter.

On the contrary, if you need to apologize personally after each quarrel, over time, he is likely to lose the ability to cherish.

Spoiled people are often emboldened. Many times, your concessions and patience may well turn out to be a bargaining chip for another person to cheat.

So, the attitude after a quarrel may be possible to determine whether a person has the possibility of cheating.

3. The "cleanliness" of his social media platform

The last point is about the cleanliness of one's social circle.

Of course, here the clean does not mean that a person should be abstinent, not the slightest concern for any fancy things.

The world is full of temptations, people have all kinds of curiosity, the important thing is not how low a person's desire is, but whether he willingly cut off those messy relationships for you.

For example, after being with you, he will clearly announce your relationship, and will not flirt with other people of the opposite sex on any platform.

Such a person may be favored by countless people of the opposite sex, but the thing he is most proud of is having you in his future.

Unfortunately, in this fast-paced era, it has been very lucky to meet someone who is absolutely faithful in a relationship.

So, if you can meet such a person, respect everything about you, willing to accompany you to taste the sweet and sour of life, and willing to announce your relationship in his circle of friends. Please make sure you cherish him.

Not all stories can evolve into love, but a good love, will become the light of your life. 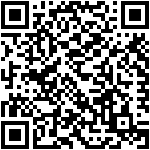